Benjy David Fish, also known as “benjyfishy” to his millions of fans across a variety of social media platforms, is a true prodigy in the realm of live-streaming and eSports tournaments (specifically, in Fortnite).

But the background most fans might not be familiar with is even more inspiring. Benjy’s father died when he was merely eight months old, leaving him and his mother to survive the best they could manage in the rural UK. Together, they’ve battled homelessness and financial struggles for most of their lives before he began to build his own story of success as a professional Fortnite player, and he now ranks third in his country and his net worth has already outranked some professional players nearly twice his age.

Maybe the old phrase “a Cinderella story” would be more properly updated for modern times and still just as fitting if changed to “a benjyfishy story”.

How Much is benjyfishy Worth? 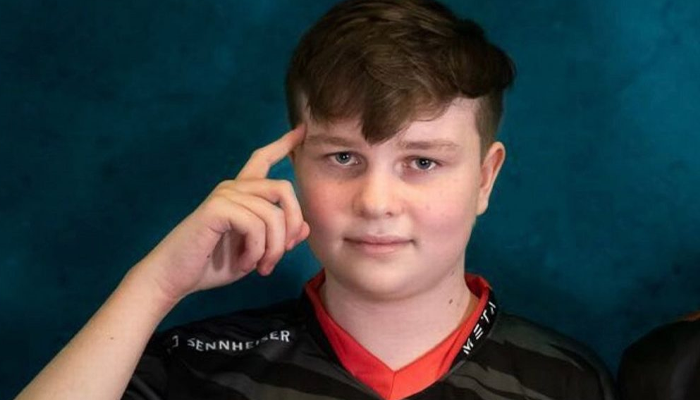 Relationship Status: Currently Unknown (has mentioned a girlfriend rarely but occasionally on social media previously, but none lately as of 2021)

Parents: His father died when he was an infant, his mother is Anne Fish (Twitter handle @mamabenjyfishy).

High School(s) Attended: Homeschooled since circa 2014.

“I heard this guy, so what I did…I crouched so he couldn’t hear me.”

“I can’t be arsed man, how can he think I’m f*cking teaming?”

“Best at every game, no joke.”

Not only does benjyfishy have the support of his mother and brother in his personal and private life (as reflected in the introduction, given the ordeal Anne Fish has been through in order to provide him the most meaningful life she’s been able), but he also has their support visibly through social media.

Both have very active Twitter accounts, cheering on their son and brother constantly. The love they both have for him is ceaseless and easily observed, and it is a two-way street as well. Benjy has stated before in interviews that his aim financially as a professional eSports player is to be able to afford a house for him and his mother so they wouldn’t be living rental to rental any longer.

If there is one thing for certain about benjyfishy, it is that his father would be relentlessly proud of both his attitude and effort he has shown at such a young age already.