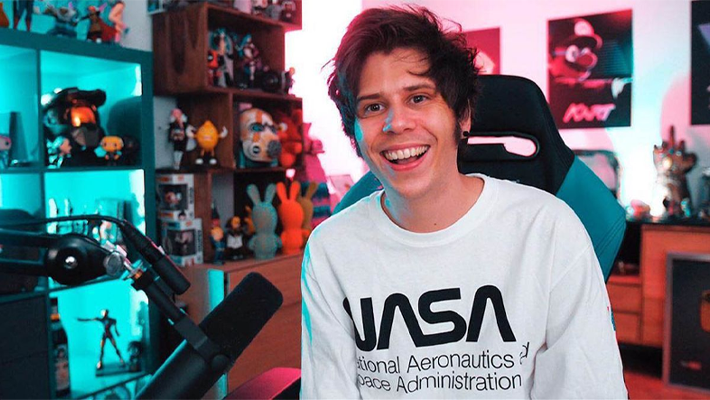 Ruben Dolabs Gunderson, born on February 13th, 1990, also known as El Rubius, is a Spanish-Norwegian YouTuber. His channel originally consisted of plays and vlogs, and now, he has more than 8.8 billion views and 39 million subscribers, and his YouTube channel is the 36th most subbed channel in the world by the number of subscribers.

Also, he is one of the most popular streamers on Twitch. He was born in the Spanish city of Mijas, but during his childhood, his parents divorced, so he moved to Bergen, Norway. He studied animation and 3D modeling in Spain. He published his first video on YouTube in 2006. And from 2011. He devoted himself to his YouTube channel.

How Much is Rubius Worth?

“ ‘Fortnite’ really is just the perfect storm of a game. You have the fact that it’s free to play on almost every platform, and everything about the game is enjoyable.”

“Some say: the world is too serious, be responsible and put your feet on the ground.
The others say: we are all doomed, so play, play and play until you break the compass of reality. “

“Sometimes I also get cute and I show you my sessy and personal side in the Meet The Rubius and the Epic Vlogs.”

El Rubius owns two channels- ElRubiusOMG and Rubius 2. ElRubiusOMG was created on April 3 rd 2004. and Rubius 2 on December 19th, 2011. Although his channels are focused on playing, he publishes vlogs, comedy, and different challenges too, plus he answers questions.

In February 2013. he reached the first Spanish YouTube with 10 million subscribers. He published an interactive book full of challenges. Spanish publishing group Planet published their first comic book titled ElRubius. On October 3rd he published on his channel a documentary about his life.