Turner Ellis Tenney born on January 2, 1998 better known online as Tfue, is an American eSports player from Florida, most of his success comes from playing Fortnite, but he currently streams Call of Duty: Modern Warfare and Fall Guys on Twitch.

His older brother Jack Tenney better known online as JOOGSQUAD PPJT, JoogSquad, or Joog, is an American YouTube vlogger. Jack is most famous for his “prank” vlogs together they did some pranks and stunts, some of them were jumping from cliffs or bridges, after that he opened his YouTube channel as a Call of Duty and Destiny YouTuber / Streamer and that’s how the whole story started.

How Much is Tfue Worth? 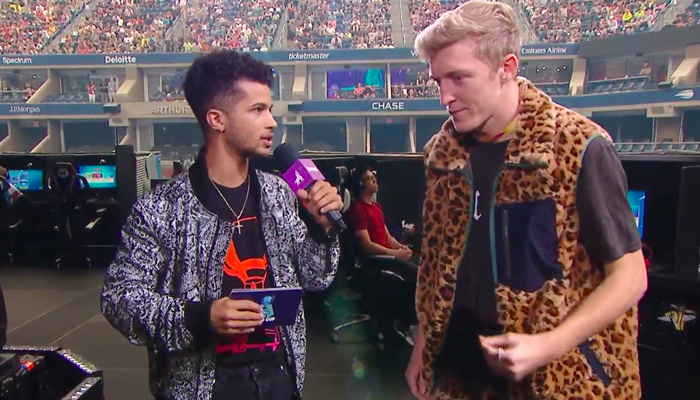 Sexual Orientation: Undisclosed (Lots of unconfirmed rumors out there about him kissing a guy)

“ Sensitive people need to get off the internet”

Turner Ellis Tenney is also known as Tfue is a Streamer and Esports player, Turner had some problems like being hacked and deleted, on August 7, 2018, Turner’s social media accounts (Twitter, YouTube, and Facebook) were hacked. His Twitter name was changed to ‘FaZe Gurv’ and the profile picture was a mysterious man, that man did a lot of insulting tweets to other YouTubers and streamers like Ninja, Keemstar, and Myth on August 14, 2018 he got his YouTube account back, but without “FaZe” in his name.

The Delete happened on August 23, 2018 Turner’s YouTube channel had been closed by a hacker, which Turner was hacked not long ago before. On the same day, his Twitch was suspended once more due to harassment. On September 5, 2018, Turner’s YouTube channel and Twitch account were reinstated. He became the most viewed streamer on that day, surpassing Ninja, and ironically made all the other Fortnite streamers lose viewers to watch Turner. Turner has dated Instagram model, Corinna Kopf. The two broke up in June 2019, but they’ve claimed that they’re still good friends.