Hedwig and the Angry Inch isn’t just an iconic movie that has given people solace and helped them to feel like they aren’t alone. It is also a Broadway show that people flocked from all over the world to see – and some of the best actors of our generation portrayed.

What do you get someone who is a fan of Hedwig and the Angry Inch?

For Hedwig fans, it can be a little difficult to find gifts that will love. However, we’ve been able to come up with some absolutely amazing choices.

29 Gift Ideas for Hedwig and the Angry Inch Lovers

For The Broadway Fan

When Hedwig (finally!) went to Broadway, HedHeads flocked to the Belasco Theater to see all of the different celebrities playing their beloved character. Whether they liked Neil Patrick Harris, Darren Criss, or Michael C Hall the best, they remembered each and every show. These gifts will have them lifting up their hands again. 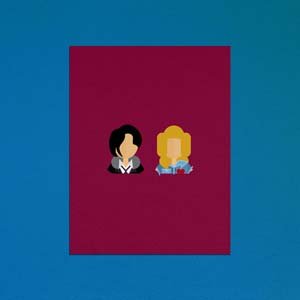 Lena Hall and Neil Patrick Harris both won Tony Awards for their performances in this show, and this minimalistic art design highlights the two iconic characters and how they were reinvented for the stage. 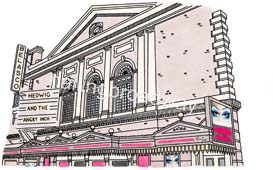 The Belasco theater housed the Broadway production of Hedwig – and Hedwig had to do some special favors to get it – so it’s a no brainer that this gorgeous illustration of the theater deserves a place of honor in every Hedwig fan’s home. 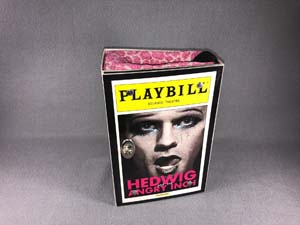 Whether the Hedwig fan lives in an apartment in New York City or a trailer park in Junction City, these home goods will look absolutely fantastic and will make great gifts for them. 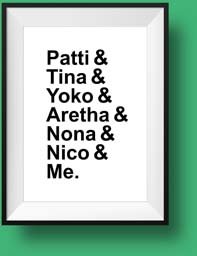 In the movie when Hedwig calls out to the other women who have given her life and hope, it is a moment that no one will forget. 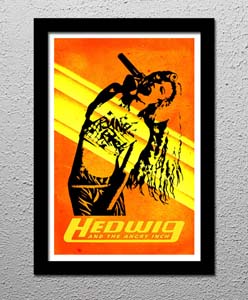 No one will ever do Hedwig like John Cameron Mitchell did her, and this poster captures the grittiness of his performance.

Hedwig and the Angry Inch Nightlight 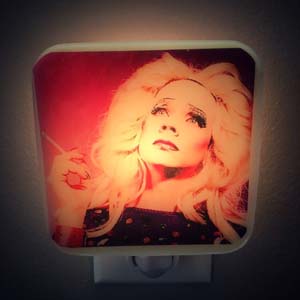 This light features the incomparable John Cameron Mitchell, who wrote and starred in both the Hedwig and the Angry Inch movie and show – on Broadway and off.

I Put On Some Makeup Hedwig Mug 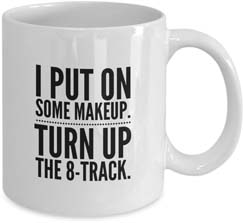 The song “Wig in a Box” is one of the best songs from the movie, and this line is one of the saddest. While the song itself is upbeat, it cuts to the heart of who Hedwig is and why she uses makeup as a mask. 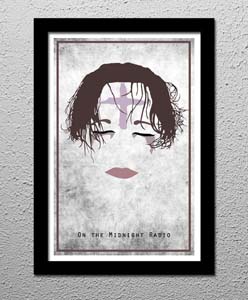 Tommy Gnosis is a character that goes through a lot of changes within the show and movie, and this print shows off the character at his most vulnerable. 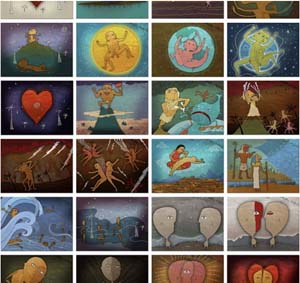 Probably the most iconic scene in the movie, the Origin of Love tells the story of how we were ripped from our soulmates for going against the Gods. Hedwig spends most of the movie looking for her other half. 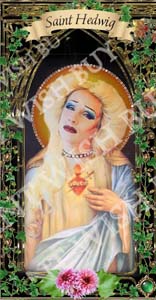 This prayer candle is the perfect gift for anyone who has found solace in this show about someone just trying to find their place in this world. 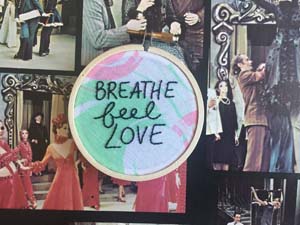 Stephen Trasks’s lyrics for Hedwig have touched generations of people, and few songs are as powerful as Midnight Radio. The lyrics featured here will surely be a powerful display piece. 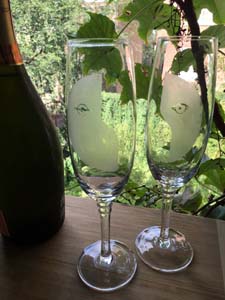 If you know a Hedwig fan who is getting married, these champagne glasses are the perfect gift.

Yankee Go Home With Me Print 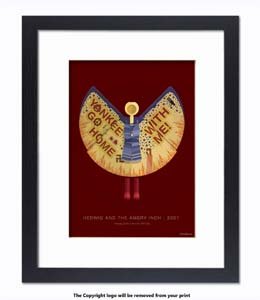 Hedwig wears many, many iconic outfits, but few are as well known and iconic as the Yankee Go Home With Me denim outfit. 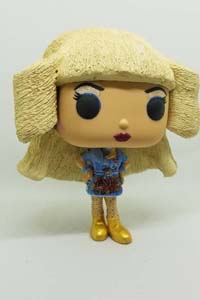 It is a little strange that Hedwig and the Angry Inch doesn’t have its own line of Funko Pops yet, but luckily there are people out there who make them. 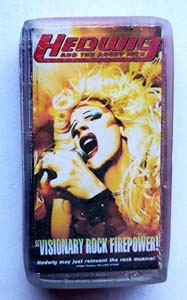 Hedwig and the Angry Inch was originally released on VHS tape, and this gift will help cement that memory for whoever you give it to.

Hedwig and the Angry Inch Doll 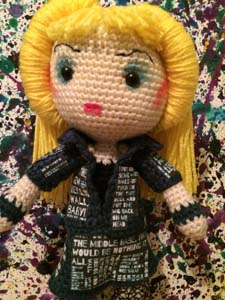 This little crocheted doll will make the best gift for a Hedwig fan – she can go just about anywhere and can even sit or stand with a little bit of help.

Hedwig wears instantly recognizable clothing that will transport fans right back into specific scenes in the movie or the stage show.

Yankee Go Home (With Me) Jacket 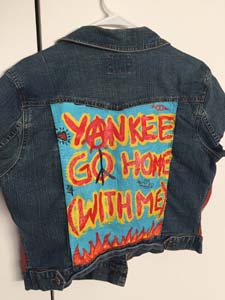 When Hedwig starts her own music career, she performs in this costume at the Sizzler. Needless to say, it doesn’t necessarily go over that well.

Hedwig Clothing To Dress Up The Midnight Checkout Queen

Hedwig herself wears a ton of outlandish clothing that is sure to garner attention. Some of these will as well – and some will just make for great gifts.

The Iconic Gold Boots From Hedwig 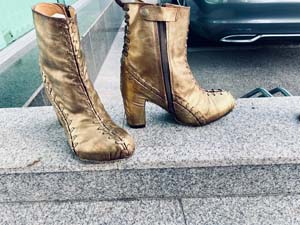 There are a few pieces of clothing as iconic as the golden boots worn by Hedwig. Get your friend their own custom Hedwig boots to easily give them the best gift of the year. 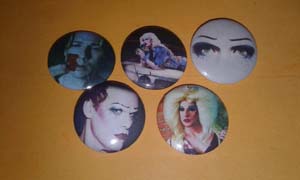 There were many big-name celebrities who have played Hedwig over the years, and this collection of pins highlights just a few of them. 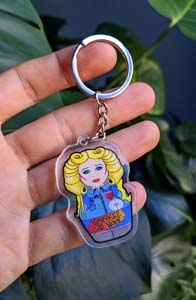 While Hedwig preferred to get around in Tommy’s limo, this keychain is lightweight and absolutely adorable to put on any keys.

I Put On Some Makeup… T-Shirt 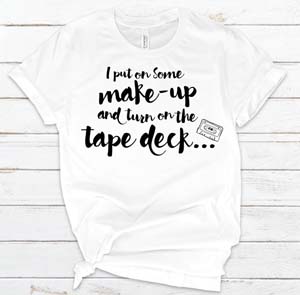 This shirt is a great way to show off being a Hedwig fan without actually using any of the keyart. The shirt is customizable in terms of color and font, so you can get a present that is totally unique!

The Shroud Of Hedwig Printed Tee 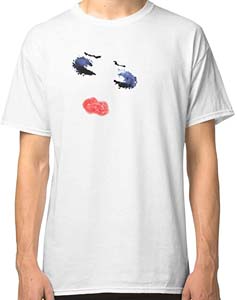 Hedwig is known for wearing a lot of makeup, and when she performs, she sweats quite a bit. When she goes to wipe her face, she leaves her mark. This shirt looks like someone has been cuddled up with her. 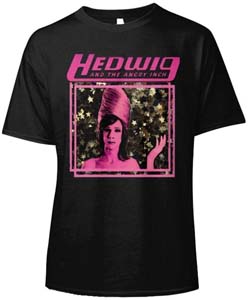 The classic keyart for the Hedwig movie was neon toned and features this beehive Hedwig. It’s only on her head for a few seconds but it is easily memorable.

Hedwig and the Angry Inch Necklace 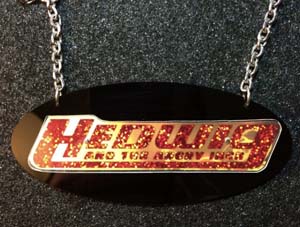 This one of a kind necklace has the now-iconic logo from the movie and a little bit of sparkle.

For new fans or those who simply don’t have all the basics, these are going to be some of the best gifts you can give. 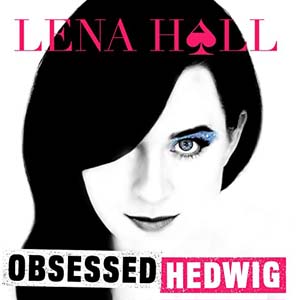 Lena Hall has one of the most unique voices to ever take on Hedwig. She was the original Yitzhak in the Broadway production, but she sounds great singing the Hedwig parts (she would eventually play as Hedwig for some of the LA dates of the show!)

Original Cast Recording of Hedwig and the Angry Inch 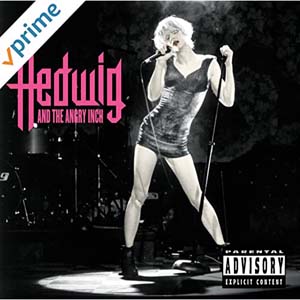 The Original Off-Broadway Cast Recording of Hedwig features many of the same voices as the movie, but it is interesting to hear how the show evolved from the Jane to the movie screen. 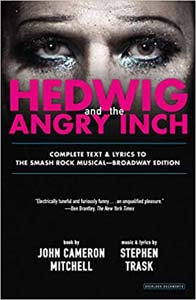 If someone loves the movie and wants to know how it changed for the stage, or they loved the stage show, this is a great option for a gift. 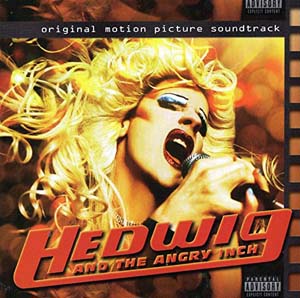 Of course, most people were introduced to Hedwig through the movie, and this is the original soundtrack with some amazing mixes. 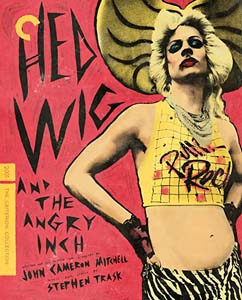 The updated Blu-Ray was cultivated by the writer and originator of Hedwig himself, so it is a must-have for anyone who loves the movie. 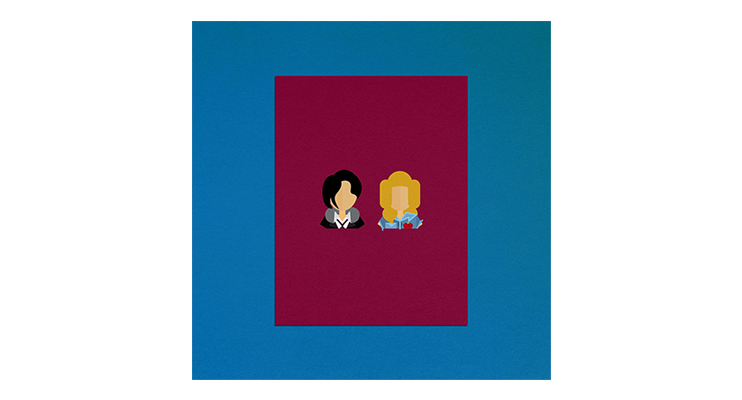 Noel is a content writer and marketing manager with a deep passion for all things fandom related. She's a huge theater nerd and a lover of all literary things.