Your mission? To protect the world from super-terrorists, morally defunct mega-corporations, and a resurgence of self-aware killer robots. Of course, it would be much easier to preform these tasks if your newly-formed Overwatch squad wasn’t considered illegal thanks to the hastily pronounced Petras Act. Thankfully, a certain intelligent simian has no compunctions about ignoring shortsighted international mandates.

Overwatch is the world-renown, multiplayer first-person shooter game from the fine folks at Blizzard. Yes, the very game you spent 72 hours playing after it graced the shelves at your local GameStop. And you loved it — the characters, the skills, the weapons, and the team-based gameplay. And your fiends? The ones you still hang out with — and play with — today? They loved it, too.

Being equal in your adoration of all things Overwatch, I’m sure your fellow fans expect unparalleled Overwatch awesomeness when they end up on your list. So, when it’s time to bequeath envy-inducing Overwatch swag to the lucky gift recipient, we recommend perusing this list of 30 Overwatch Gifts.

A selection of Overwatch clothing and apparel for the dedicated enemies of aggressive omnics. 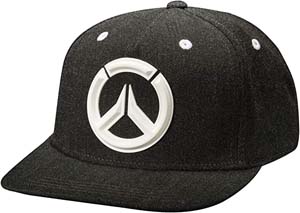 This black, flat-billed baseball hat features a raised Overwatch symbol and adjustable closure for a comfortable fit. We recommend hiding this hat from certain enhanced soldiers who pledge to recreate the omnic revolt.

This colorful all-over print features the popular Overwatch character, D.Va. There’s nary a square inch of wasted space with this repeating, back and front print.

Buy It Nowfrom all over shirts 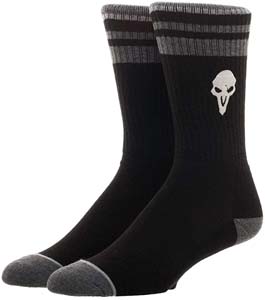 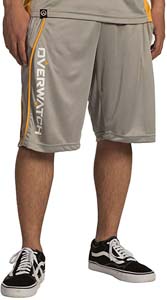 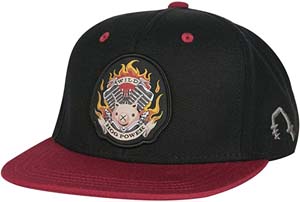 If you’re a fan of the oversized Australian with a covered, uncomely face, we recommend this Roadhog Snapback Baseball Hat. Sporting an embroidered “Hog Power” patch, this adjustable baseball hat features a flat red bill and subtle Overwatch symbol. 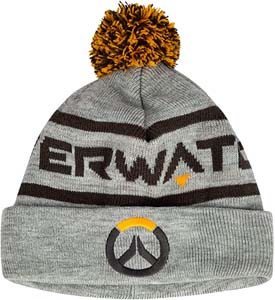 This one-size-fits-all beanie features a carefully embordered Overwatch symbol, a sizable Overwatch logo, and a very soft and fluffy pom-pom. And rubbing the pom-pom while whispering, “Winston, I’m ready” will alert the intelligent ape to your immediate location, and therefore, result in your timely teleportation to the closest Overwatch outpost. Yep. 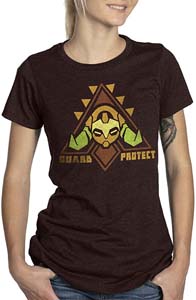 Celebrate Orisa, the protective omnic, with this women’s Overwatch t-shirt. Yes, some omnics are bad — very, very bad. But Orisa is good — very, very good. Just ask the rest of her group currently reveling in the “Supercharger” effect. 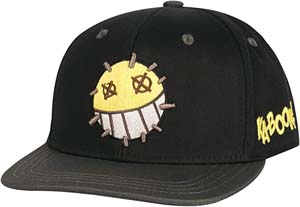 Celebrate the Overwatch Generation with Overwatch gear and accessories. 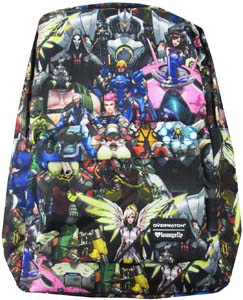 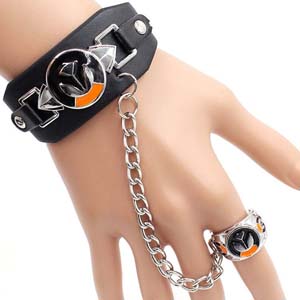 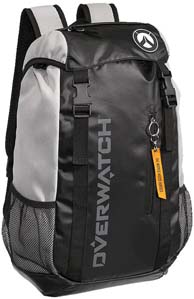 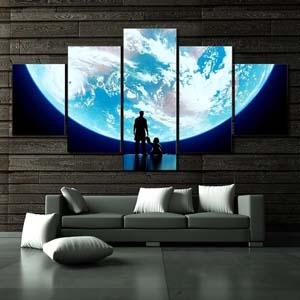 This modular wall art features a very young Winston admiring Earth from the Horizon Lunar Colony. If he only knew the chaos contained in that sizable sea-blue ball.

Buy It Now from etsy 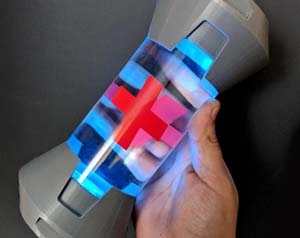 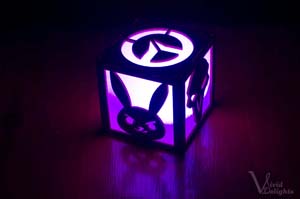 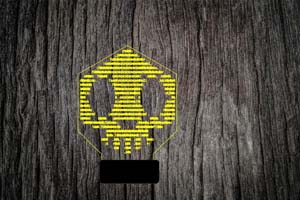 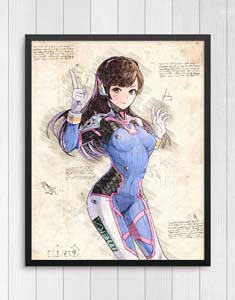 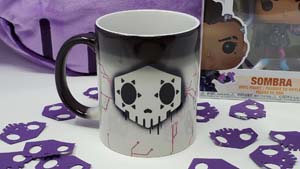 Sporting Sombra’s frenetically hacking symbol and subtle, pervading circuity, this ceramic mug changes color after prolonged exposure to warm liquid. It may also hack your phone or deliver malware to your toaster oven. 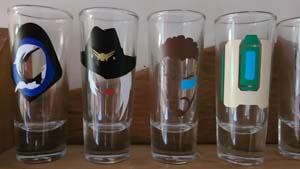 Purchased singularly or by the set, these Overwatch shot glasses feature the minimalist facial features of your favorite Overwatch heroes.

Play with and/or collect your favorite Overwatch heroes with these Overwatch games, toys, and collectibles. 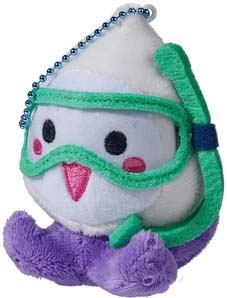 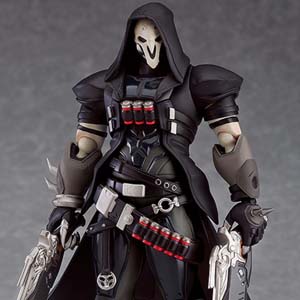 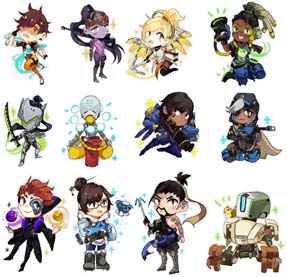 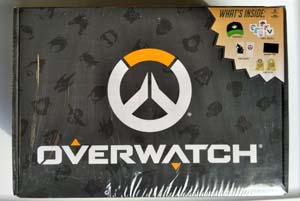 Not sure what gift to get for that especially obsessed Overwatch player? Then we recommend the gift of multiple gifts with this Overwatch Collectors Gift Box. What’s inside? A selection of mystery items that will probably include a Snapback Hat, vinyl decals, a pint glass, and more secret Overwatch treasures. 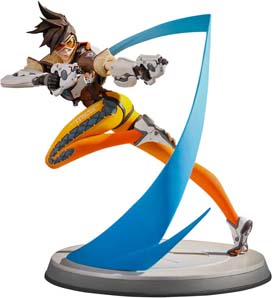 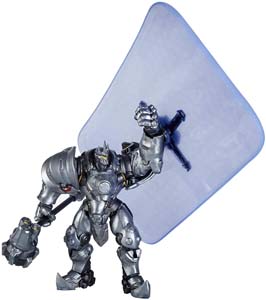 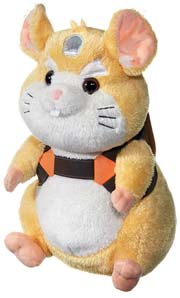 Become the characters you play with this selection of Overwatch cosplay and costume accessories. 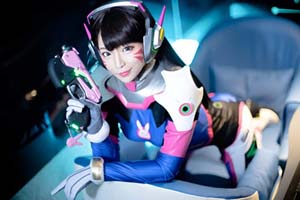 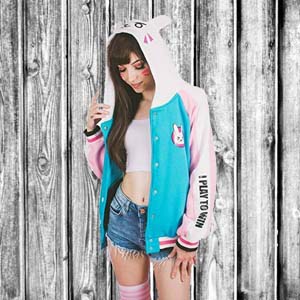 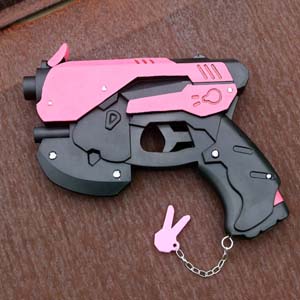 Based on D.Va’s in-game weapon, this plastic prop pistol is the perfect recreation of D.Va’s dependable handgun. If you’re looking to complete your D.Va cosplay, this is the play pistol to procure. 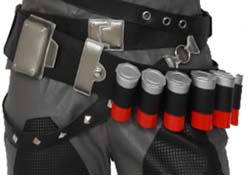 While the world doesn’t want you, it absolutely needs you. So, heed Winston’s call to take back the world from those who wish it unfathomable harm. And when the war is won — or at least takes a break — make sure to gift your brothers-and-sisters-in-arms an amazing Overwatch gift. It’s an exceptional gesture commemorating the constant struggle against tyranny both robotic and despotic.

Who would immediately (like, without hesitation) forsake Earth and join Optimus Prime in a last-ditch effort to emancipate Cybertron? That’s right – Tiras. An experienced geek-culture pundit, Tiras regularly consumes and reviews all manner of fantastical, fictional, and high-concept content. He also dreams of ending an eons-long war between two factions of intimidatingly tall transforming robots.