Superman’s forward-thinking, scientifically minded parents understood what most Kryptonians failed to accept — the planet was doomed.

So, they sent their only infant son, via rocket ship, to a very similar, presumably less doomed planet — ours.

Discovered by a kindly couple after a very rough landing, Kal-El, raised by the earthly couple as Clark Kent, quickly discovered the advantages of his alien biology — it absorbed sunlight, granting him abilities far beyond his human — and Metahuman — cohorts.

His exploits recorded across all forms of viewable, collectible media? Legendary. The number of fans who obsessively adore Superman’s every action? Innumerable.

If your friend/neighbor/salsa partner/dog walker is a fan of Superman, you might be wondering what to get when it’s time to get gifts. Well, wonder no more — this Superman gift list has every conceivable Superman gift under the sun. See what I did there?

Not necessarily bulletproof, but certainly comfortable and inspiring. 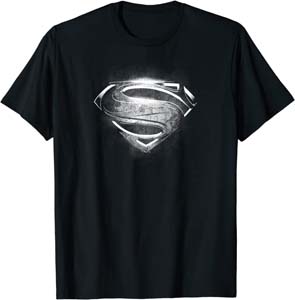 Based on the hit film Man of Steel, this Superman t-shirt features the film’s modern symbol in stark black and white. Celebrate Zack Snyder’s stab at the Superman myth with this contemporary, Kryptonian symbol.

Buy It Now from amazon 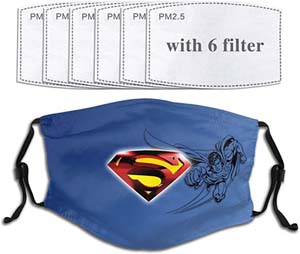 Featuring a “shiny” Superman symbol and outlined graphic, this washable, reusable Superman mask comes with six replaceable filters. Unless infused with Kryptonite, no germ shall pass this (nearly) invulnerable mask. 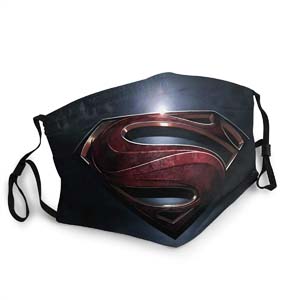 What protects one’s facial orifices from dust, pollen, infectious particles, and perhaps bullets? Why, this very Superman facemask. And yep, that’s the Superman symbol featured prominently in Man of Steel. 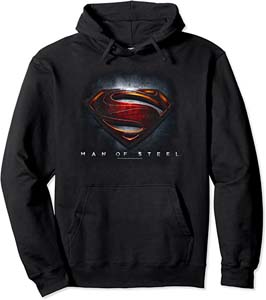 Today’s theme? That’s right — Man of Steel (which is in dire need of a sequel). Continuing the theme, this warm hoodie features the curvier, more alien Superman symbol suspended above the official movie logo. Although the hoodie is certainly warm, the inspiring symbol may induce chills. 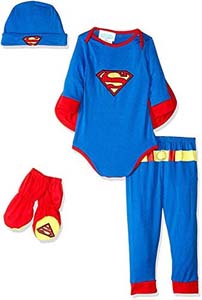 If your baby suddenly floats above the crib, we recommend this DC Comics Superman Costume. This adorable Superman set comes with costume top, pants, booties, a removable cape, and a cute little hat. If your child was procured from a wrecked spaceship, they probably wore something similar to this. 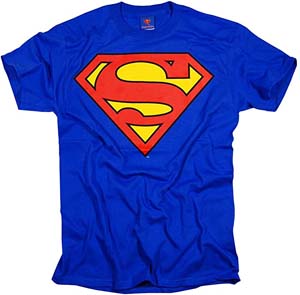 Here it is — the classic, no-frills, red and yellow Superman symbol. What does it stand for? Truth, justice, tolerance, and equality. It also means “hope” if you’re fluent in Kryptonese. 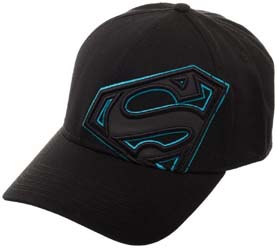 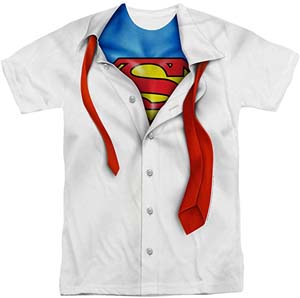 This Superman t-shirt features a sublimated, 3D-in-appearance print resembling a certain costume hidden underneath dressier, button-down apparel. Now you can dress like Superman dressing like an awkward, overstressed human with this gorgeous costume tee.

Featuring a modern Superman illustration and stylish, superimposed cityscape, this kinetic design is available on Converse kicks or Vans sneakers.

Buy It Nowfrom my painted shoes 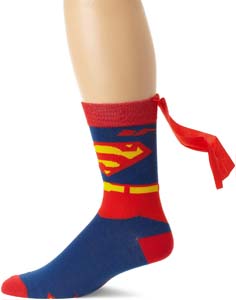 These ankle-high Superman socks feature the Man of Steel’s familiar costume accents and a below-the-calf cape! Yes, these socks were pulled from the wreckage of a certain spacecraft that’s currently hidden under haystacks.

Celebrate the man who saved over 500,000 cats from trees with these Superman toys, figures, statues, games, and various collectibles. 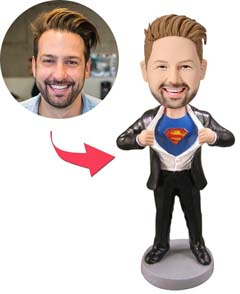 Fancy yourself the Man of Steel? Then upload your best selfie and prepare to be immortalized as a bobble-headed Superman! This is the perfect gift, or the ultimate self-indulgent collectible!

Buy It Nowfrom my custom bobbleheads

Based on the hero’s appearance in Justice League (the one that isn’t over four hours long and prefaced by the director’s name), this cardboard stand-up is the perfect stay-at-home Superman.

This informative, collectible kit features a replica of encased Kryptonite and a helpful, full-color book detailing Superman’s experiences with this exotic, toxic-only-to-Superman material. 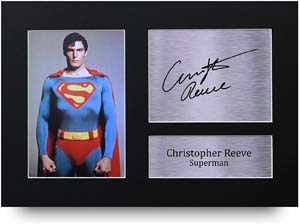 In 1978, actor Christopher Reeve made us believe a man could fly! Based on his tenure as a cinematic Superman, this collectible set features a high-quality photo of Reeve and a printed copy of his autograph. If your Superman fan can’t stop watching Superman: The Movie, I have a feeling they’ll adore this frame-ready collectible. 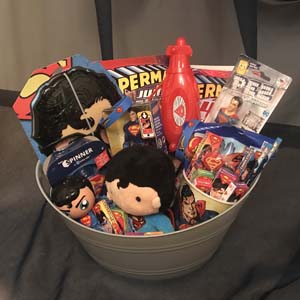 Far too many Superman toys, collectibles, plushies, and Pez dispensers to choose from? If you don’t have the time/tolerance to procure the perfect, singular gift, we recommend this significant Superman Gift Basket. This overstuffed gift basket removes the horrors of poor decision making by including every conceivable Superman gift. Yes, it’s one basket, but this basket runneth over. 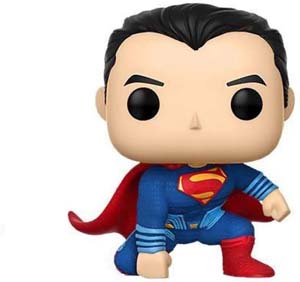 This cute, collectible Kryptonian is taken from the critically divided, rushed-to-production epic, Justice League. Yes, the plot was lacking, but it’s nearly forgivable thanks to Superman’s updated, more colorful costume. 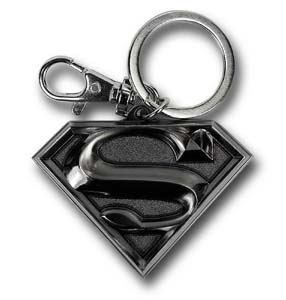 This sturdy Superman keychain features a raised, silvery “S” shield and a very handy keyring. If you’re constantly leaving behind important keys to, say, the Fortress of Solitude or Hall of Justice (or that grandfather clock in Wayne Manor), this Superman keychain will negate recurring key neglect. 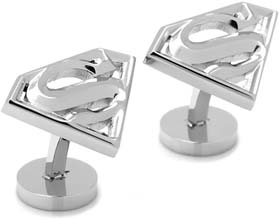 Perfect for your smartwatch — the one recently purged of Brainiac’s assimilation protocols — this resilient smartwatch band features Superman’s familiar colors and that incredibly hopeful Superman symbol. 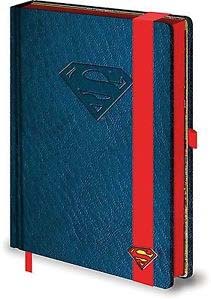 Is it premium? Yes. Is it super? With an indented Superman symbol and a red, elastic, journal-securing band, you better believe it’s super. And with 120 magnificently blank pages, you can denote your super-thoughts at super-speed. See? Super.

Superman Through the Years Mug 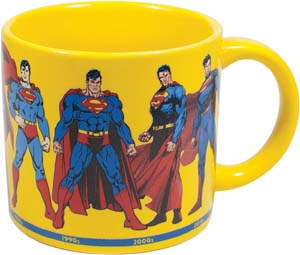 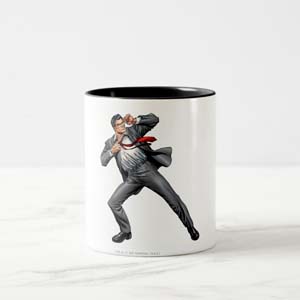 It’s an illustrated Superman preparing to ditch his silly human disguise! Made from solid ceramic, this powerfully succinct Superman mug proves that even a Man of Steel detests formal business attire. 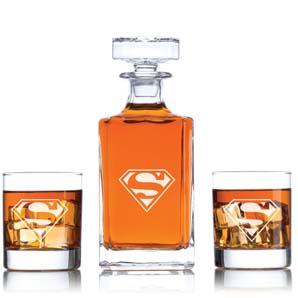 Superman doesn’t drink, but you do, and it’s nearly superhuman. This three-piece set features two glasses and a decanter with stopper — each piece painstakingly etched with the familiar Superman symbol. 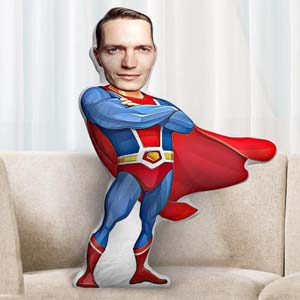 Superman has a comforting presence — he keeps watch on the world from high above the atmosphere. While you can’t achieve those heights, you an still provide comfort — as a Superman-shaped body pillow! Simply upload an image of your non-Superman cranium, and these fine folks will apply it to this Superman-inspired pillow.

Buy It Nowfrom my photo socks 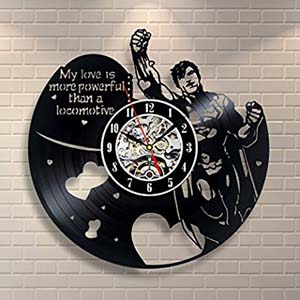 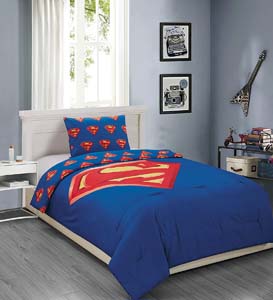 Featuring a cozy comforter and pillowcases, this Superman bedding set is slathered with singular or several Superman symbols. 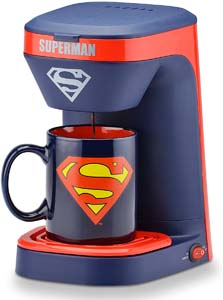 Featuring Superman’s familiar colors and a gray, subtle symbol, this Superman coffee maker brews the perfect (and singular) cup of coffee. And yep, the ceramic mug totally comes with it.

Create 12 ice cubes in the shape of Superman’s inspiring symbol! This Superman Ice Cube Tray is perfect for symbol-shaped ice, frozen pudding, and whatever else tastes better after freezing!

A collection of Superman movies capturing the spectacle of Earth’s celebrated, omni-powerful alien. 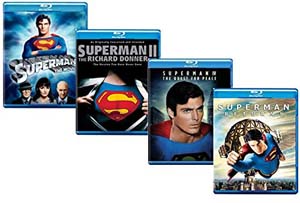 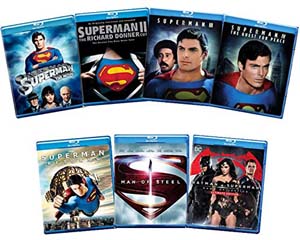 The previous collection? Impressive, yes, but certainly no match for the “holy-crap-it-REALLY-has-everything-and-the-last-Superman-collection-should-be-ashamed-of-itself” Blu-ray collection. And to flaunt its dominance, it features 2013’s Man of Steel, 2016’s Batman v Superman: Dawn of Justice, and yes, even Superman III regardless of the finger pointing and name calling. 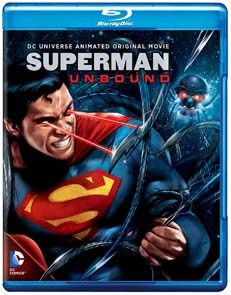 Superman battles the cybernetic, world-collecting menace Brainiac in this full-length, animated film. Can Superman free the Kryptonian city of Kandor AND avoid a beating by the tentacled, omni-intelligent Brainiac?? Insert disk and proceed with caution, Superman fan. 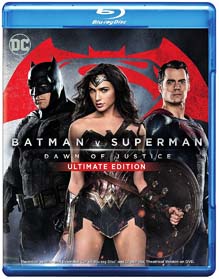 It’s the version of Batman v Superman you were supposed to see in theaters! But didn’t! Things seemed convoluted and perhaps careless after that first theatrical viewing, but the Ultimate Edition filled in the gaps and gave much-needed purpose to formerly ill-used characters. Still not the greatest but vastly improved, this version of BvS replaces disappointment with sensible filmmaking! 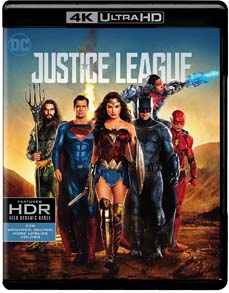 Yes, Superman was in it, finally, but for Superman’s sake, you wish he wasn’t. Yes, it was fun, but WB wanted Avengers without putting in the work (like world-building or character development). If you can ignore forced humor and forced, computer-masked facial hair, I’m sure you’ll love this version of the film. But if you have four hours to kill, I think you’ll absolutely adore the original, more operatic version.

If your dog flies and answers to “Krypto,” we recommend the following costumes for a Kryptonian’s best friend. 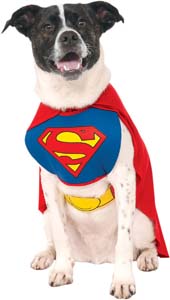 Perfect for flying dogs that melt annoying squeak-toys with heat vision, this Superman pet costume includes a red cape, yellow belt, and a chest piece with stunning Superman emblem. If your four-legged friend buries bones near the Earth’s core, we recommend this safe Superman pet costume.

“You will give the people of Earth an ideal to strive towards. They will race behind you, they will stumble, they will fall. But in time, they will join you in the sun, Kal. In time, you will help them accomplish wonders.”

Superman inspires. He represents the achievable pinnacle of our hopes, and acts as the unwavering facilitator of our many peaceful dreams. A fiction? Of course. But he inspires so we can aspire, evolve, and eventually become the very best version of ourselves. If you’re hurting, overwhelmed, marginalized, or overwrought, it’s time to recognize the strength in goodness, unbutton your burdens, and reveal your hopeful shield. 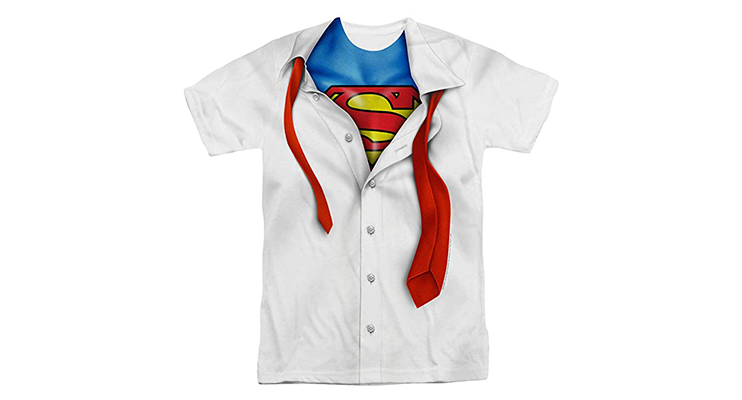 Who would immediately (like, without hesitation) forsake Earth and join Optimus Prime in a last-ditch effort to emancipate Cybertron? That’s right – Tiras. An experienced geek-culture pundit, Tiras regularly consumes and reviews all manner of fantastical, fictional, and high-concept content. He also dreams of ending an eons-long war between two factions of intimidatingly tall transforming robots.